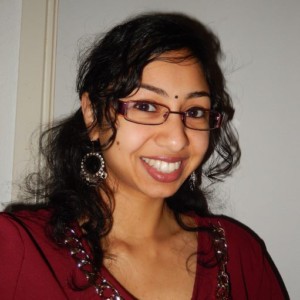 Around my ninth I started to questioning Hinduism as I learned it from my family. Hierarchy and a strict emphasis on rituals and traditions? I doubted that the true Hinduism was like that. There was a lot of distinction in gender, caste, age and origin. People who call themselves braahmana, for example, had more rights and even ate at a separate table. Women and young people had hardly a position and non-Hindus were seen as pariah. I just couldn’t agree with this.

Hinduism can never be intended like that. In my ideas, Hinduism is a teaching that connects everything and everyone. Were love and dedication are the binding factors and that it’s all about morality and karma. Even God is connected with us. In our prayers we say always “Tvameva tvameva cha mata pita”: You are our mother and You are our father. If God is our mother and father, he would never distinguish between his children?! I was sure, but for my family that was not enough substantiation. According to them I was brutal: how I dared to question their knowledge?! They weren’t really happy with my ideas.

But I could’nt leave it with that. When I went to high school it was easy to have access to the internet and this is where I could find many answers to my questions. The many pandits from my family could, or didn’t wanted to, give me explanation. Through the internet I got in touch with a few people who were, and still are, willing to share their knowledge, substantiated from the Scriptures. As there wasn’t a knowledge base for Hinduism and I wanted to understand all, I decided to write articles myself so all information was organised for myself. It resulted in a blog where I regularly wrote about Hinduism and Hindu culture.

My blog became popular by people who shared my vision and need for knowledge and that motivated me to to delve into Hinduism and to share that knowledge further. Meanwhile, that blog has become the most extensive knowledge platform for Hinduism in Netherlands, where Hindus and other interested people can go with their questions about Hinduism. The website is easily accessible and anyone can comment on the website, by email and by telephone, and also during the activities. There is a lot of room for personal attention which is quite unique in the Hindu community.

Through the knowledge of the Scriptures, and as much as possible substantated with concrete reference to the source, I try to give a clear picture of original Hinduism and focus in my writings back to the essence of the Hinduism, where everyone is equal and have the freedom to enjoy the richness of this versatile life philosophy. To this end, I have also worked with volunteers seminars, workshops, courses and coaching sessions. I am also in constant conversation with the Hindu community to be informed of current issues and (knowledge) needs. This way I try to make me subservient to others.

Ranjita is communications professional, Web Designer and event organizer with a private company and founder of the only independent platform for Hinduism in the Netherlands. On a regular basis Ranjita will share her knowledge about Hinduism in this clear written Hinduism blog.